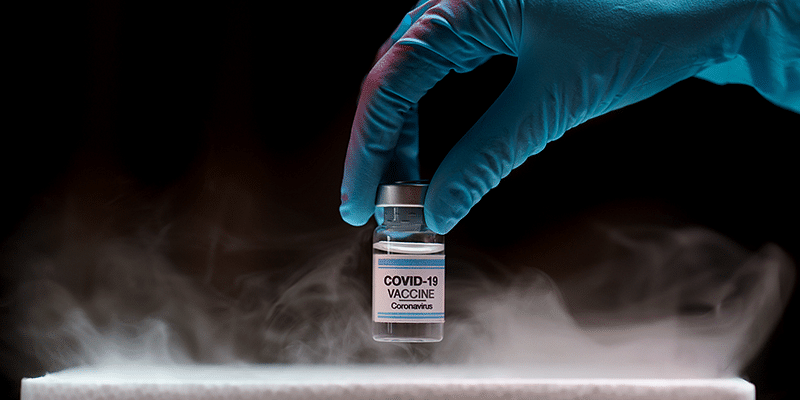 Following its approval by the European Medicines Agency in January, COVID-19 AstraZeneca vaccine has been administered to all adults in Germany. After finding out that younger women who received the vaccine were at increased risk of blood clots in the brain, the German Standing Committee on Immunization (Stiko) recommended in April to limit the use of AstraZeneca to people over 60 years of age.

This meant that a number of people who had received their first dose of AstraZeneca then had to get BioNTech-Pfizer or Moderna for their second shot. Today, all adults in Germany, regardless of their age, can be re-vaccinated with AstraZeneca, if the patient and the doctor have a conversation about the risks before the jab.

But new studies show that combining two different vaccines could be more than just an emergency solution. Researchers at the University of Oxford have discovered that patients who received one dose of AstraZeneca followed by a dose of BioNTech-Pfizer vaccine four weeks later developed a higher number of antibodies than those who received two injections of AstraZeneca.

As part of their Com-COV trial, the Oxford researchers administered various combinations of vaccines to 830 volunteers over the age of 50. Their results showed that the greatest number of antibodies were developed by people who received two BioNTech injections, followed by those who received a photo of AstraZeneca first and BioNTech second. The reverse order still yielded more antibodies on average than two AstraZeneca injections.

Principal researcher Matthew Snape, associate professor of pediatrics and vaccinology, told the BBC that the Com-COV results did not compromise the use of two AstraZeneca jabs in the fight against COVID.

â€œWe already know that the two standard regimens are very effective against serious illness and hospitalizations, including against the Delta variant,â€ he said.

In the UK, the time between jabs is typically eight to 12 weeks, not four as in the Com-COV study. Results from trials with a 12-week period between mixed doses will be available in July, Snape told the BBC.

Researchers at the University of Saarland in western Germany found that people whose first vaccine was AstraZeneca and whose second was BioNTech-Pfizer had a stronger immune response than patients who had received two doses of the same vaccine, either AstraZeneca or BioNTech.

So, does this mean it’s time to change the global approach to vaccination to a mixed vaccination for everyone?

The results of the Com-COV study have been released in pre-print form, which means they have yet to go through the peer review process, where independent scientists are reviewing them.

The results of the University of Saarland are also preliminary and have not yet been fully scientifically evaluated, the university pointed out in the press release sharing the results. Before the researchers officially release their results, they will look at the role played by patients’ age and gender, for example, and also delve into combinations that can potentially trigger more serious side effects.

Although a full assessment of the data has not yet been completed, the study team was surprised by the clear results.

“That is why we wanted to share our results now and not wait for the end of the scientific evaluation process,” said Martina Sester, professor of immunology of transplants and infections at the University of the Saarland, in a statement. Press.

The researchers compared the strength of the participants’ immune responses two weeks after the second injection. “We did not just look at the number of antibodies against the coronavirus [the participants] developed, but also how effective so-called neutralizing antibodies were, â€Sester explained. â€œThis tells us how effective the antibodies are at preventing the virus from entering our cells. “

In terms of antibody development, the double-BioNTech, as well as the combination AstraZeneca-BioNTech vaccination, were significantly more effective than the double-AstraZeneca alternative. Participants who received one of the first two combinations of shots produced about 10 times more antibodies than those who received two injections of AstraZeneca. And looking at the neutralizing antibodies, the results with the mixed vaccine approach were “even slightly better” than those obtained with two BioNTech injections, Sester said.

For vaccines that require two injections, health officials have generally recommended that the second injection be the same as the first.

The Spanish CombivacS trial, conducted with 663 participants at the Carlos III Health Institute in Madrid, came to a similar conclusion. The preliminary results of the study were published in the scientific journal Nature. Like the results of the University of Saarland, they are not yet final. publication in Nature is a snapshot of what researchers in Spain have found so far, not a full, peer-reviewed article.

Two-thirds of the participants received an injection of the BioNTech-Pfizer vaccine after their first AstraZeneca vaccine. The final third had not received a second hit by the time the first results were shared. Magdalena Campins, CombivacS study researcher at Vall d’Hebron University Hospital in Barcelona, â€‹â€‹reported that those who received the full vaccine combination started producing much higher levels of antibodies after their second injection, and these antibodies were able to recognize and inactivate SARS-CoV-2 in laboratory tests.

â€œIt seems that the [BioNTech-]The Pfizer vaccine remarkably boosted antibody responses in single-dose AstraZeneca vaccines, â€said Zhou Xing, an immunologist at McMaster University in Hamilton, Canada, who was not involved in the study, in the study. Nature article. more pronounced than that in people who received their second dose of AstraZeneca vaccine.

However, aside from the fact that its results have not yet been finalized and peer reviewed, one problem with this study in Spain is that it does not include a control group of people who received two injections of the same vaccine – so no. a direct comparison between the two groups was possible.

Even if the first results are promising, the World Health Organization (WHO) still advises against combining vaccines. At this time, there is not enough data to assess whether this is a safe approach, WHO spokeswoman Margaret Harris said.

In Germany, however, a person is considered fully vaccinated if they have received two injections of the same vaccine, as well as if they have had a mixed vaccination. The German government follows the guidelines of the Paul Ehrlich Institute (PEI).

This is not the case for all countries, however. In Canada, for example, mixed vaccination is approved, while in the United States, studies are still underway. And in the EU, it remains to be seen whether combination vaccines will be recognized by the digital vaccination card, scheduled to come into force in July.

The combination of vaccines “should be seriously considered”

If the first results are convincing, the combination of AstraZeneca and BioNTech-Pfizer appears to be a promising way to immunize people against COVID.

It’s not because the two vaccines are similar, however. They represent two types of COVID vaccines currently on the market.

The AstraZeneca vaccine is a traditional vector vaccine. It uses a harmless version of a different virus to deliver instructions to human cells, which learn to make antibodies against the coronavirus.

The BioNTech jab is an mRNA vaccine, a new type of immunization method. MRNA vaccines teach human cells how to make a protein which in turn triggers an immune response and the production of antibodies.