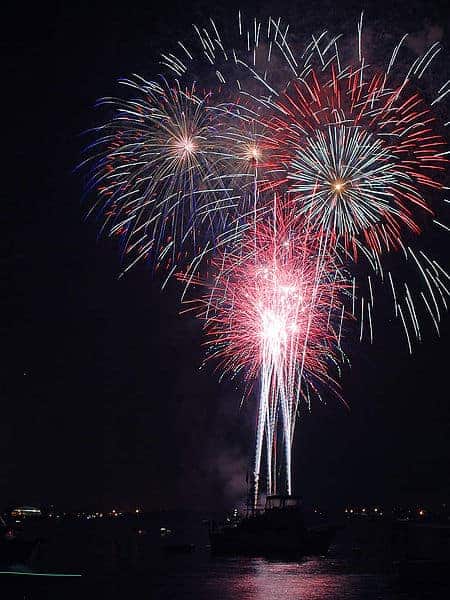 A team of astronomers have released new observations of nearby galaxies that look like colorful cosmic fireworks. The images, obtained with the European Southern Observatory’s Very Large Telescope (ESO’s VLT), show different components of galaxies in distinct colors, allowing astronomers to locate young stars and the gas they heat up around. of them. By combining these new observations with data from the Atacama Large Millimeter / submillimeter Array (ALMA), of which ESO is a partner, the team is helping to shed new light on what triggers gas star formation.

Astronomers know that stars are born in clouds of gas, but what triggers star formation, and how galaxies as a whole play a role in them, remains a mystery. To understand this process, a team of researchers observed various nearby galaxies with powerful telescopes on the ground and in space, scanning the different galactic regions involved in stellar births.

“For the first time, we are solving individual units of star formation over a wide range of locations and environments in a sample that well represents the different types of galaxies,Says Eric Emsellem, astronomer at ESO in Germany and responsible for the VLT-based observations carried out as part of the Physics at High Angular resolution in Nearby GalaxieS (PHANGS) project. “We can directly observe the gas that gives birth to stars, we see the young stars themselves, and we witness their evolution through different phases.“

Emsellem, who is also affiliated with the University of Lyon, France, and his team have now released their latest round of galactic scans, taken with the Multi-Unit Spectroscopic Explorer (MUSE) instrument on ESO’s VLT in the Atacama Desert in Chile. They used MUSE to trace the newborn stars and the hot gas around them, which is illuminated and heated by the stars and acts like a smoking gun of the ongoing star formation.

The new MUSE images are now combined with observations of the same galaxies taken with ALMA and released earlier this year. ALMA, also located in Chile, is particularly well suited for mapping cold gas clouds, the parts of galaxies that provide the raw material from which stars are formed.

By combining the MUSE and ALMA images, astronomers can examine the galactic regions where star formation occurs, versus where it should occur, to better understand what triggers, stimulates, or hinders the birth of new stars. The resulting images are breathtaking, offering a spectacularly colorful glimpse into the stellar nurseries of our neighboring galaxies.

“There are a lot of mysteries that we want to unravel,Says Kathryn Kreckel from the University of Heidelberg in Germany and member of the PHANGS team. “Are stars more often born in specific regions of their host galaxies – and, if so, why? And after the birth of stars, how does their evolution influence the formation of new generations of stars?“

Astronomers will now be able to answer these questions thanks to the wealth of MUSE and ALMA data that the PHANGS team has obtained. MUSE collects spectra – the “bar codes” that astronomers scan to reveal the properties and nature of cosmic objects – at every point of its field of view, providing much richer information than traditional instruments. For the PHANGS project, MUSE observed 30,000 hot gas nebulae and collected around 15 million spectra from different galactic regions. ALMA’s observations, on the other hand, have enabled astronomers to map approximately 100,000 regions of cold gas across 90 nearby galaxies, producing unprecedented sharpness. atlas of stellar nurseries in the nearby Universe.

In addition to ALMA and MUSE, the PHANGS project also includes observations from the NASA / ESA Hubble Space Telescope. The different observatories were selected to allow the team to scan our galactic neighbors at different wavelengths (visible, near infrared and radio), each wavelength range revealing distinct parts of the observed galaxies. “Their combination allows us to probe the different stages of stellar birth – from the formation of stellar nurseries to the start of star formation itself and to the final destruction of nurseries by newly born stars – in more detail than with individual observations.Says Francesco Belfiore, member of the PHANGS team at INAF-Arcetri in Florence, Italy. “PHANGS is the first time we’ve been able to put together such a comprehensive view, taking images sharp enough to see the individual clouds, stars, and nebulae that signify star formation.“

The work done by the PHANGS project will be further refined by future telescopes and instruments, such as NASA’s James Webb Space Telescope. The resulting data will lay the groundwork for observations with ESO’s future Extremely Large Telescope (ELT), which will come into service later in the decade and will allow the structures of stellar nurseries to be examined in even more detail.

“As incredible as PHANGS is, the resolution of the maps we produce is just good enough to identify and separate individual star clouds, but not good enough to see what’s going on inside in detail,Â», Underlined Eva Schinnerer, head of research group at the Max Planck Institute of Astronomy in Germany and principal investigator of the PHANGS project, within the framework of which the new observations were carried out. “New observational efforts by our team and others are pushing the boundaries in this direction, so we have decades of exciting discoveries ahead of us.“

ESO is the leading intergovernmental astronomical organization in Europe and by far the most productive ground-based astronomical observatory in the world. It has 16 Member States: Austria, Belgium, Czech Republic, Denmark, France, Finland, Germany, Ireland, Italy, Netherlands, Poland, Portugal, Spain, Sweden, Switzerland and United Kingdom, as well as the host State of Chile. and with Australia as a strategic partner. ESO has an ambitious program focused on the design, construction and operation of powerful ground-based observation facilities that enable astronomers to make important scientific discoveries. ESO also plays a leading role in promoting and organizing cooperation in the field of astronomical research. ESO operates three unique world-class viewing sites in Chile: La Silla, Paranal and Chajnantor. At Paranal, ESO operates the Very Large Telescope and its interferometer for Very Large Telescope, world leader, as well as two study telescopes, VISTA working in the infrared and the VLT Survey Telescope in visible light. Also in Paranal, ESO will host and operate the Cherenkov Telescope Array South, the world’s largest and most sensitive gamma-ray observatory. ESO is also a major partner in two facilities on Chajnantor, APEX and ALMA, the largest existing astronomical project. And on Cerro Armazones, near Paranal, ESO is building the 39-meter Extremely Large Telescope, the ELT, which will become â€œthe world’s largest eye on the skyâ€.