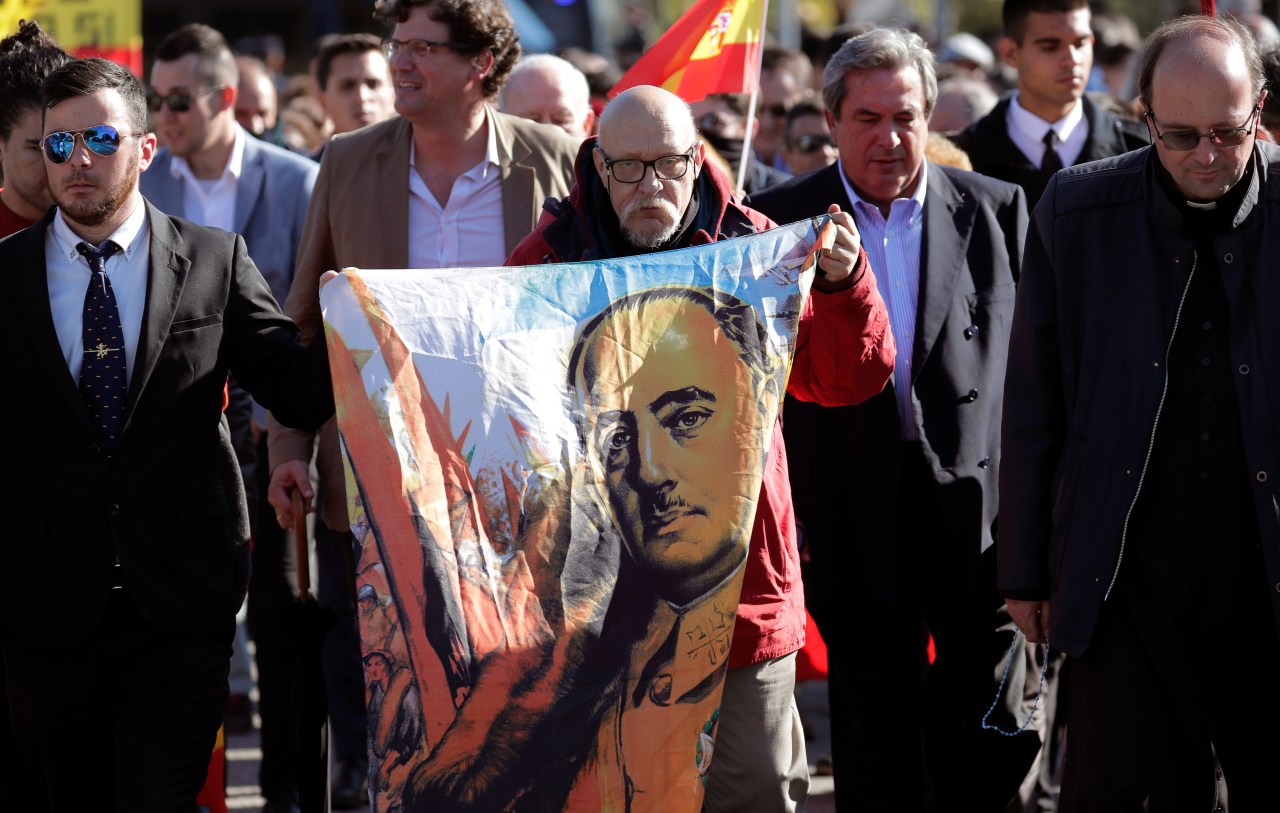 MADRID (AP) – The Spanish government wants to ban expressions of support for General Francisco Franco’s dictatorship in the 20th century and to ban organizations that praise the politicians and leaders of this period.

The cabinet of the Socialist-led coalition government on Tuesday approved a bill that targets anyone who “exalts (Franco’s) coup and dictatorship or exalts its leaders, denigrating and degrading the dignity of coup victims. State, Civil War or Franco’s reign.

The bill is another important step in the center-left Socialist Party’s stated goal of healing divisions over Franco’s place in Spanish history, providing redress to his victims and eradicating extremism. right-wing, amid the recent popularity of the far-right Vox party which won seats in parliament.

FÃ©lix BolaÃ±os, the minister overseeing the bill, said it was the “first Spanish law to condemn and expressly condemn the coup … and the dictatorship that followed, which ushered in the darkest period. of our contemporary history “.

Two years ago, a socialist government ordered the exhumation of Franco’s remains from his grandiose mausoleum outside Madrid and his burial in a small family crypt north of the capital.

The so-called â€œdemocratic memory law,â€ which now goes to parliament for a vote, is likely to reignite a debate on freedom of speech and how Franco is viewed – an issue that still causes strong emotions among people. many Spaniards.

More than 500,000 people have died in the war between rebel nationalist forces led by Franco and the defenders of a short-lived Spanish republic. Franco declared victory on April 1, 1939 and ruled mercilessly until his death in 1975. More than 110,000 victims of the war and his dictatorship remain unidentified.

The bill opens the door to the abolition of the famous Francisco Franco Foundation, which promotes the legacy of the former dictator.

Expressing support for the figures and ideas of the Franco era will result in an anticipated maximum fine of 150,000 euros ($ 177,000).

The bill establishes a national DNA bank to help locate missing and presumed dead people, often in mass or anonymous graves that are still being unearthed. The Spanish authorities will be responsible for finding and exhuming the victims. Civic movements and families have often taken on this responsibility.

The bill also aims to uncover the truth about the persecutions and atrocities committed during the war and the Franco regime, with the appointment of a special prosecutor to investigate crimes from the outbreak of the civil war until the approval in 1978 of a new Constitution. An audit of assets seized under the dictatorship is also planned.

The bill overturns political, religious or sexual convictions handed down under Franco – sparing victims lengthy legal proceedings to clear their names – and strips aristocrats of their titles if they were granted by the dictator.

In education, a new emphasis is planned on teaching democracy, human rights, anti-fascism and the country’s struggle for freedom in the 20th century, according to the government. This will apply not only to secondary and university courses but also to vocational training courses.

A separate legislative decree, which does not require parliamentary approval but which lawmakers can later reject, paves the way for the transformation of the Valley of the Dead – Franco’s public mausoleum where his remains lie for more than four decades – into a “civil cemetery” for victims on both sides of the civil war. The monks who managed the site are expected to leave under an agreement yet to be discussed with the Catholic Church.