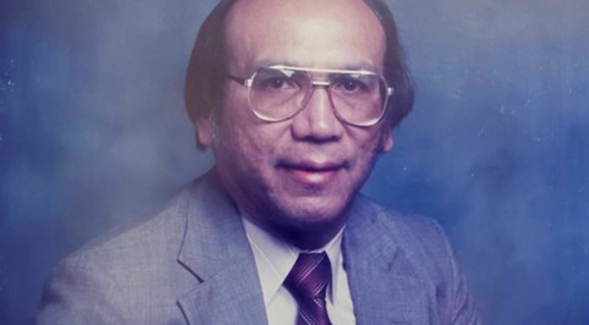 The educator was dean of SDSU Imperial Valley for over 14 years.

An occasional migrant worker as a child, Ballesteros pursued a career in education, taught Spanish and education courses in several locations, and held the highest administrative post in the SDSU Imperial Valley from 1983 to 1998.

During his tenure as Dean, enrollment grew from around 250 junior, senior and graduate students to over 700, and some temporary buildings were replaced with permanent structures, including an administrative building and student services. Ballesteros has also worked to expand academic programs and diversify the student body.

A $ 6.1 million grant obtained by Ballesteros was used in part to build a library on the Calexico campus, with an iconic tower that was later named in his honor.

“The tower symbolizes the aspiration of students and the community to achieve high standards,” Ballesteros said in an article in the Fall 2007 issue of SDSU magazine. The name also acknowledged a gift of $ 25,000 from Ballesteros and his wife, Dolores, to endow scholarships for international student travel.

After leaving his post as dean, Ballesteros became the special assistant to the then president of the SDSU. Stephane Weber, exploring the perspectives of an SDSU campus in the city of Chula Vista.

Ballesteros, who lived in Chula Vista, died of multiple health complications in a San Diego hospital. He was 88 years old.

Ballesteros was born in Los Angeles and was one of eight children of Rev. Leonardo and Rosa Garcia Ballesteros; his father established Baptist churches in Tijuana and Ensenada. He thanked both parents for instilling the importance of learning English and excelling in education.

As a child, the family traveled between Tijuana and the Central Valley to gather seasonal crops. He didn’t discuss the experiences much, granddaughter Lydia heberling said, but when a TV report on an incident in Gilroy once aired, he told her, “We used to pick Gilroy.”

Ballesteros, who attended public schools in San Ysidro, Chula Vista and San Ysidro as a child, advocated for a greater SDSU presence in the South Bay of San Diego County and for the creation of cross-border partnerships, including expanded joint programs with Mexican universities and entities.

In San Diego, Ballesteros taught Spanish at Hoover and Helix High Schools, San Diego City College, and Cuyamaca College. After introducing himself, he usually only spoke Spanish for the rest of the semester.

“He has long been an advocate for bilingual education,” said Heberling, professor of ethnic studies at California Polytechnic State University, San Luis Obispo. “His methodological approach was to emphasize the value of bringing in different backgrounds and experiences” as contributions, not obstacles, to education.

He became a Rotarian in 1984, joining the Rotary Club of Calexico. Later, he and his wife moved to San Ysidro and he joined La Mesa Sunrise Rotary.

The family suggests donations to the American Diabetes Association.