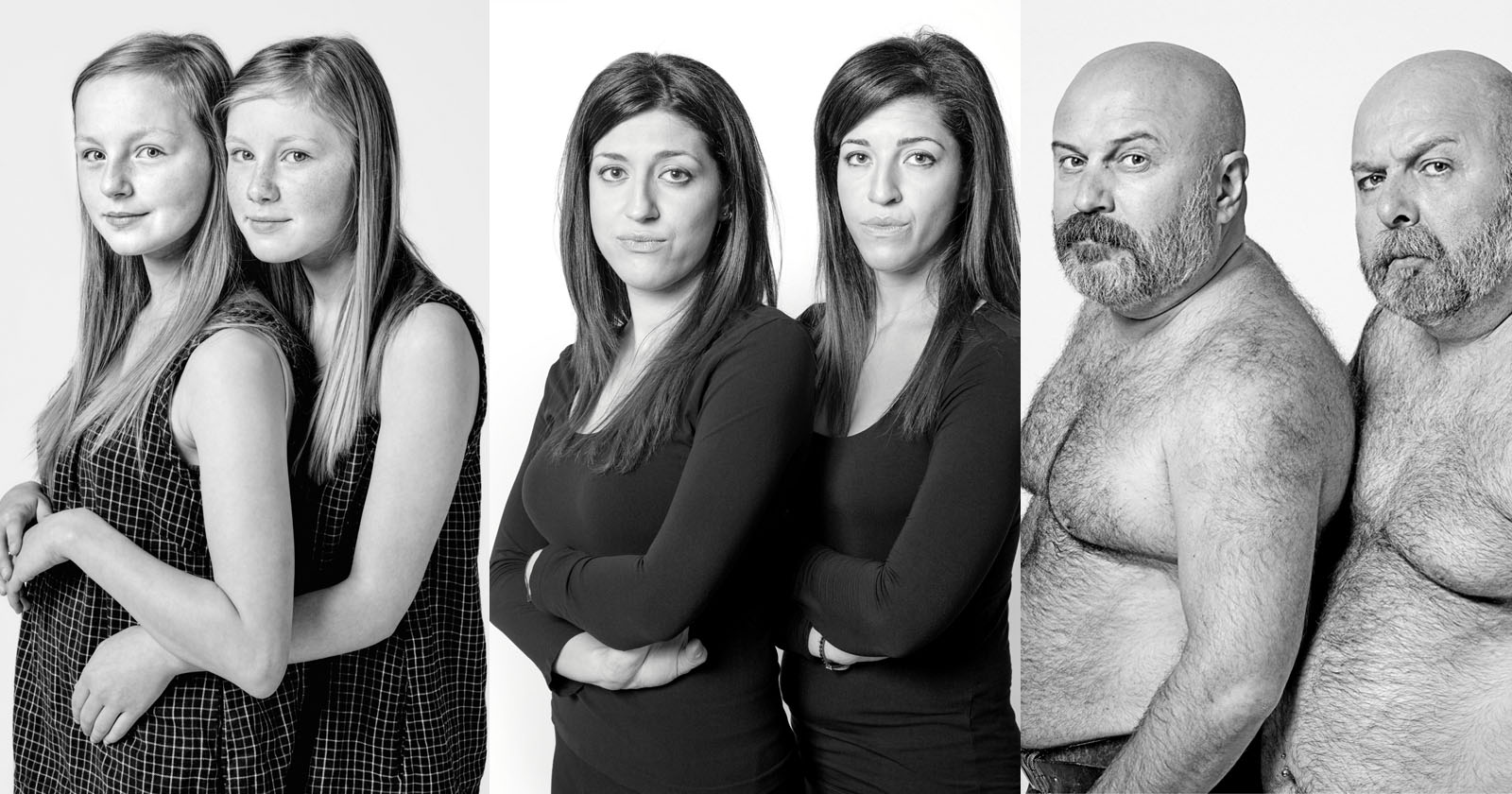 François Brunelle’s lookalike photo project inspired a team of researchers to study lookalikes and discovered that it’s not just facial similarities that they have in common.

After viewing Brunelle’s incredible photos, a team of geneticists from Spain’s Leukemia Research Institute investigated 32 pairs of look-alikes and found they also had similar DNA and behaviors.

In fact, half of the look-alike couples looked more like identical twins with comparable genotypes, a DNA sequence that each individual possesses.

The scientists, led by Dr. Manel Esteller, also found that the lookalikes were similar in height and weight and even shared the same habits such as smoking and parenting.

Brunelle tells PetaPixel that Dr Esteller contacted him after seeing a New York Times article in 2014 on his project I am not a double!.

“[I felt] very good [when they made contact]», explains Brunelle. “Out of curiosity, to learn more about lookalikes and participate in something much bigger than my humble project.”

Brunelle met Dr Esteller in Madrid and Barcelona and the team reached out to people who had been taken through Brunelle’s lens.

They used three different facial recognition algorithms to determine an objective measure of how similar the pairs looked. They used multiple programs because each system can provide varying results, so the more results the better the conclusion.

“This unique set of samples allowed us to study how genomics, epigenomics and microbiomics can contribute to human likeness,” says Dr. Esteller.

The team collected 68 biometric and lifestyle attributes from the 32 pairs, which led them to find a correlation with height, weight and behavioral traits.

“Overall, we have provided unique insight into the molecular features that potentially influence the construction of the human face,” the team wrote in the study published in Cell reports.

“We suggest that these same determinants correlate with the physical and behavioral attributes that make up human beings. These findings provide a molecular basis for future applications in various fields such as biomedicine, evolution and forensics.

The researchers point to several limitations of the study, including the small sample size, the use of black-and-white 2D images, and the lack of diversity among participants.

However, they hope the results could prove useful for future studies in the fields of biomedicine, evolution and even forensics.

For her part, Brunelle believes that her project is about identity and the search for the self.

“Who am I? The person I’m looking at in the mirror (and if someone else, somewhere is looking at the same person, more or less) or something else unrelated to my appearance? »

More of Brunelle’s work can be found on her website.

Picture credits: All photos are by François Brunelle.