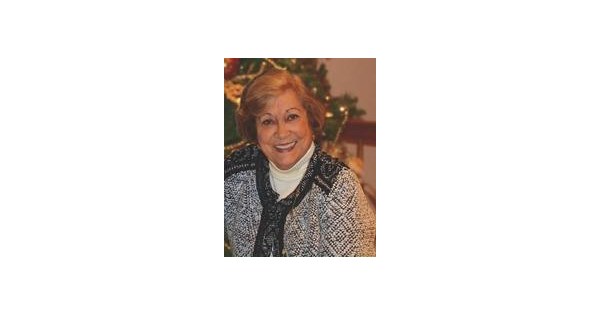 Maria “Maruja” G. Reilly
December 6, 1930 ~ September 23, 2021
Resident of Saratoga
Maria (Maruja) Garcia Reilly, 90, of Saratoga, Calif., Passed away peacefully at home on September 23, 2021 with her beloved family by her side.
She was born in Chipiona, Spain, to Juan Garcia Garcia and Maria Vasquez Rodriguez on December 6, 1930, one of five siblings. At a young age, his family moved to Madrid. Living in the heart of the city, his love of the arts, music and dance has blossomed. She met her husband, Patrick, an American engineer, while he was working in the same office building in Madrid. They married in Madrid in 1957 and immediately moved to San Francisco, where Maruja took evening classes to learn American culture and the English language. As the family moved, she made every house a home from San Francisco, Sacramento, Buffalo, Chicago, until she finally moved to Saratoga, Calif., In 1976. .
Maruja is survived by her 64 year old husband, Patrick. She was a loving mother to her children, Anne (Rick), Patrick Jr. (Rene), Tom (Staci), Frank (Arianne) and a lovable “Nana” to her grandchildren, Mary Ellen, Sean, Sarah, Rachael , Rex, Connor and Dylan.
Everyone who knew her remembers Maruja as an artist, loyal friend, community volunteer and woman whose life was centered on her family. She lived life with grace, elegance, courage and style. She shared her love and infectious smile with everyone she met. Maruja was a long-time member of the Pan American Round Table, an international women’s organization dedicated to providing educational opportunities to deserving young women of Hispanic descent. During her 40+ year tenure on the Round Table, she held many positions and developed lasting friendships that she cherished.
The family expresses our sincere gratitude to Marcela, Dolly and Cynthia, who have brought their friendship, love, laughter and dedicated care to Mom over the past year. We also thank Mom’s friends and our extended family for their kindness, their meals and their support to Mom and our family during her illness.
Family and friends are invited to attend a visitation on Thursday, October 7, 2021 at 6:00 p.m. with a Rosary at 7:00 p.m. at Alameda Funeral Home, 12341 Saratoga Sunnyvale Road, Saratoga, CA. A funeral mass will be held on Friday October 8 at 10:00 a.m. at the Church of the Sacred Heart, 13716 Saratoga Ave, Saratoga, CA, followed by a funeral service at Madronia Cemetery in Saratoga, CA. In lieu of flowers, the family is asking for contributions in memory of Maruja to provide college scholarships to deserving young Hispanic women. Please send checks payable to West Valley-Mission Community College District Foundation with a note “Maria G. Reilly Scholarship” in the memo line. Mailing address: West Valley-Mission Community College District Foundation, 14000 Fruitvale Avenue, Saratoga, CA 95070, (408) 741-2164.