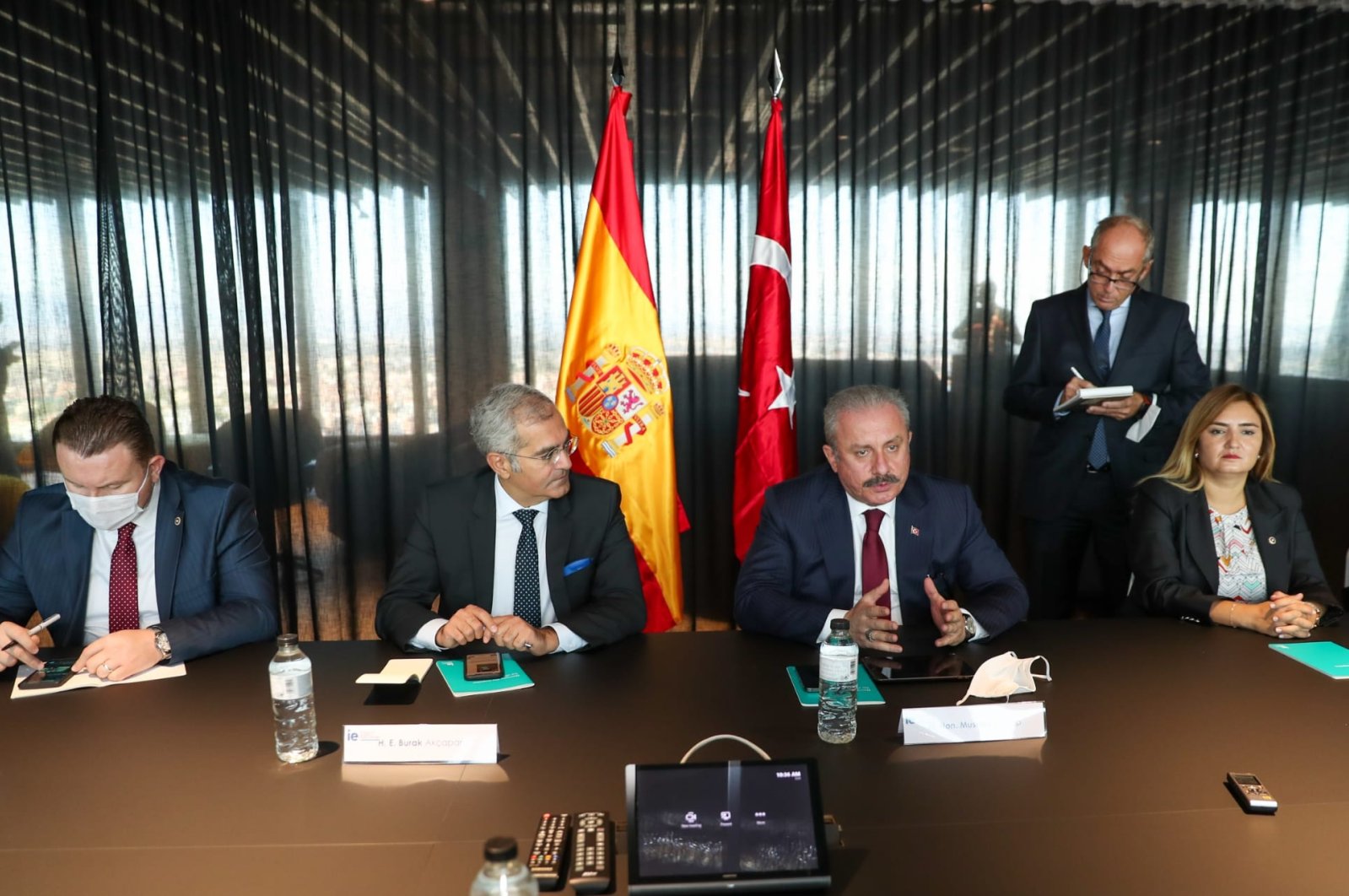 Turkish Parliament Speaker Mustafa Åžentop expressed Turkey’s “sincere desire” to see Turkish and Spanish parliamentarians work in close cooperation during his meeting with the President of the Spanish Congress of Deputies on Monday.

“Turkish and Spanish friendliness and their characteristics that enhance friendship, our universal and democratic values â€‹â€‹form the basis of our strategic relations,” Åžentop wrote in the book.

Strengthening relations between the parliaments of the two countries will bring Turkey and Spain closer together, he said, noting that it is Turkey’s “sincere desire” to see Turkish and Spanish parliamentarians working in close cooperation, which will contribute significantly to peace and prosperity in the Mediterranean basin and advance bilateral relations.

He also met experts and professors from different think tanks of the Global International Relations Center affiliated with IE Business School and answered questions on the national and international agenda.

Turkey has hosted more than 4 million Syrian refugees for almost 10 years, he recalled, saying the country offers all opportunities to these people, including education and health care.

Asked about the situation in Afghanistan, he said that if the Taliban opened up the Afghan borders, there would be a huge migratory flow.

“We must establish conditions that can keep these people in Afghanistan and produce a policy that takes into account the reality of the country,” he added.

Åžentop and the accompanying delegation will also meet the President of the Senate Ander Gil Garcia, President of the Joint Congress-Senate Committee for the EU Susana Sumelzo, and the Head of the Foreign Relations Committee of the House of Representatives Pau Mari- Klose and an accompanying parliamentary delegation. Åžentop meetings have been closed to the press due to pandemic measures.

Åžentop’s visit is the first in more than 27 years by a speaker of the Turkish parliament to Spain.